Philippians 4:13 New Living Translation (NLT)
13 For I can do everything through Christ, who gives me strength.

Earlier today I realized as Tyson was dumping toy bins and playing, that in a week, he will be home all day long. And I started to panic, thinking about the messes and then someone reminded me that I need to look at things a little differently. Don’t look at it as just a mess, but making memories.  I know that’s how I should view it. It’s extremely difficult to remember that, all the time.

I started getting our learning materials in order so he can continue to expand and learn on concepts he is currently learning and maintaining some type of routine and structure so that when school starts back up in the fall, it won’t be so hard to get back into the swing of things. At speech therapy for the past several weeks, he is trying to learn the concepts “in” “out” “over” “under” “next to” “open” “close”. Asking where, what, and who questions are not as easy for Ty as we would hope, but each week he makes progress. Speaking the words are hit and miss. The word ‘in’ is easy. On and off are simple enough, because they are short syllable words. Last week, he finally could say the word open.  We have been working on the word open since he was 2 1/2. Using the sign with our hands as if we were opening a book and showing him what the ‘O’ sound looks like with our mouth.  What finally did it for him shows me and his speech therapist that all of our minds process words and sounds differently.  She had an ink pen and he was saying pen very well. She made the ‘O’ sound and then said pen-pointing to the pen. He finally got it and said ‘open’.  It took something so different for just that one word, but now he understands how to say it, what it means and the sign language for opening something. It’s been a long 11/2 years for him to understand.  Beginning and ending sounds are something he struggles with.  “V” comes out like “B”.

He fixates on two objects and will watch numerous YouTube videos of these objects. You will never guess in a million years so I will spare you the guessing game. #1-Vacuums #2-Ceiling Fans. Every time we go anywhere that has vacuum cleaners or ceiling fans, he wants to stop and look at them, check out all the details and if the ceiling fans are not turned on, he wants to know why.  I am not surprised by the ceiling fans. They spin and he loves anything that spins. Being obsessed with the vacuum cleaners has developed over time. He DOES NOT like when they are turned on. The sound is too loud and painful for him. He has noise canceling headphones that he wears when we have ours turned on at home, but he loves it so much when it is off, we literally have to pry it out of his hands. He will unwrap and rewrap the power cord as many times as we let him, sometimes for hours if we allowed it. We have learned when we are finished using the vacuum, it is put up right away, otherwise, a meltdown will occur and it may take hours before he is calm enough to talk to.  In the stores, we must avoid the vacuum cleaner displays or he cries and screams.  If they are unavoidable, we have learned the battle is not worth the outcome. We stroll down the aisle and let him see them, point out the colors, features and then we say goodbye.  I never thought in all my life, I would be talking to inanimate objects, but it makes him happy and keeps him calm.

When the weather is nice and not pouring rain, like it has done for the past several days, his mommy and her fiancée take him for walks in the neighborhood. He loves taking walks and playing outside. I miss being able to do this activity with him. I do have my walker with a seat on it, but it’s difficult to hold onto his harness and the walker at the same time. Somehow we will figure it out. Being outside, playing and walking, is not only healthy for him, but it helps to reduce the hyperactivity associated with the ADHD he deals with, along with the medications he is on. I hate the fact he has to be on medications, but for him to stay focused and not out of control, right now they are needed. I am very thankful for his AED medications. He hasn’t had a seizure for almost two weeks, which is great! Dealing with Epilepsy, I am learning is being ever vigilant because he has a mixture of different types of seizures and there is no trigger that we know of, at this time, so you never know when one will happen. AED is the abbreviation for anti-epileptic drugs. I often forget not everyone knows the terms or abbreviations I use.

Today was a good day for Tyson. He was excited when his bus picked him up this morning and played most of the afternoon, watched some videos and spun around until I was dizzy just watching him.

I know that we have to keep his mind entertained as well as having just good old-fashioned playtime.  Repetition is key for him learning and recalling things. He is very visually oriented and I have found a great site to get products from that will help him to learn in a fun way.  I love TheAutismHelper page on Teachers Pay Teachers. If you have Pre-K through 6th grade and love someone on the Autism Spectrum, I highly recommend checking out what she has to offer. There are many resources that I have purchased in the past, as well as some magnificent downloads for free.

I thank Jesus every day that he entrusted Tyson to our family and I pray daily that He will guide me and give me strength when it seems like too much to handle. I know that HE is my strength. Jesus will lead me and guide me, I just need to remember to listen and follow His lead. 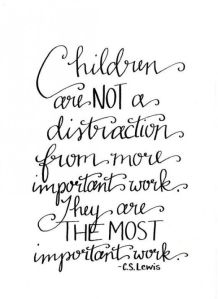 May you know how much Jesus Loves You~right where you are at this moment!

I love Jesus. My hope is that I will be able to encourage others and offer hope. I have personal experience with Autism Spectrum Disorder, ADHD, Epilepsy, Sensory processing disorder and multiple developmental language disorders, Fibromyalgia, Sleep Apnea, Post Sepsis Syndrom and Paroxsymal Atrial Fibrillation (Afib). I write about everything and anything, because Jesus is in the midst of it all! View more posts