Twenty-one years ago today, I gave birth to a beautiful baby boy with bright red hair and deep brown eyes.  I was shocked to see the red hair, I couldn’t begin to fathom where that had come from as his dad had black hair and mine was dark brown, until I learned that his paternal grandfather had affectionately been called Red when he was a young man because of his brash red hair. 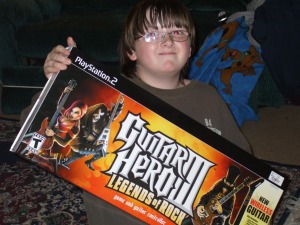 He was a happy baby and an inquisitive child. As I have watched out son grow into a man, I have seen his kind heart and sensitive spirit be broken and made fun of. Men aren’t supposed to be like that. Men are supposed to be tough and rugged. He heard that a lot growing up from his friends and men in the family. But I loved this sensitive side.  I told him, and I firmly believe this, that God creates all of us in His image. He wasn’t created to be harsh or unkind. That wasn’t part of his DNA. We did our best to instill in him that everyone is different and to embrace who you are.

And he has. He cares for others with a deep compassion and love and will help anyone in need. He sees the lighter side of life and loves to laugh and tell jokes. He is my video gamer. Where I could not see how this could help his attention deficit disorder growing up, it helped him learn to focus. Now he has his own YouTube Channel where he reviews video games and is slowly building a following. He found out how to do all of this by following other game reviewers and learning the ins and outs of the “game” so to speak.

He also works a full time job, has his own place and is making it. He might come for meals and to do his laundry, but my baby is all grown up.  I love you son! 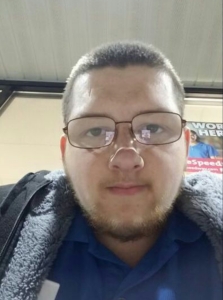 The best part of this day, was the day he graced our lives with his presence and the fact that today we get to share the day-his 21st Birthday and Mother’s Day-well, that’s just a bonus!

He’s here now and we are hanging out with my grandson and his nephew and we are watching a Paw Patrol Marathon. That’s what you call love.

May everyone know how much Jesus Loves You!

Sharing the love of God through music. My voice, His message. Join the conversation.

The Sacred Journey from Chaos to Calm, with Steve Austin

An autistic speaks about living with autism.

Listen to your inner self..it has all the answers..

Daily Bible Bytes for you

Maritza Molis...Helping Parents to Stress Less when Parenting a child with autism

Experiencing Jesus as Our Hope

Baking, books and everything in between

welcome to my blog

Tales from the mouth of a wolf

Let's work together to overcome PTSD, panic, anxiety, depression in ourselves and others.

Autistic momma to 7 children. We’re proud and we will be heard.